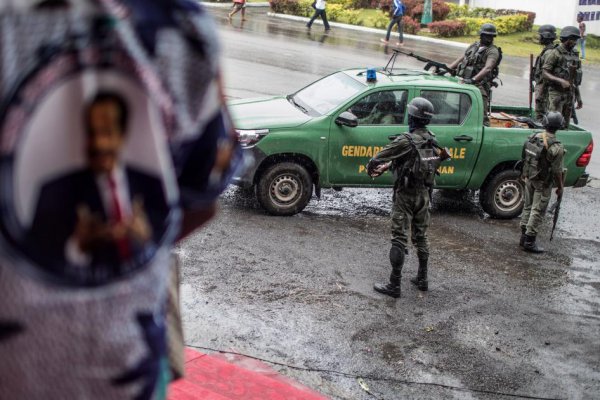 Since the beginning of the conflict caused by Cameroon’s government forces’ violent crackdown on its English-speaking population, almost 2000 people have been killed and many more displaced or imprisoned. As a reaction, earlier this week, Ambazonian inmates in two Cameroonian jails staged riots to protest against the inhumane and degrading conditions of detainment, which frequently include torture and other ill-treatment (as reported by Human Rights Watch).

The article below was published by WSAU:

Cameroonian security forces moved on Tuesday (June 23rd 2019) to quell uprisings in two prisons by inmates protesting against the government’s crackdown on the Anglophone separatist movement and poor conditions of incarceration.

Scores of people from English-speaking regions of the central African country have been arrested over the last two years during a conflict between the mostly French-speaking government and the Anglophone population seeking to form an independent state called Ambazonia.

The United Nations estimates the conflict in the English-speaking Northwest and Southwest regions has killed about 1,800 people and displaced over 500,000 since late 2017.

A Cameroonian security source confirmed that a riot took place in the central prison of the capital Yaounde and said several people were injured. Government spokespeople did not immediately respond to requests for comment.

Videos filmed by inmates and uploaded to Facebook showed protesters there crying “Ambazonia rising!” as they hurled debris at security forces inside the Kondengui prison in Yaounde.

Loud crackles that sounded like gunfire could be heard in the background and fires could be seen burning in parts of the prison, sending thick plumes of smoke billowing into the air.

“Our brothers are slaughtered, children killed,” said one unidentified man, speaking in English. “We are tired of being in prison. We want to go home,” said another.

A second riot erupted in the prison in Buea, one of the main cities of the Anglophone Southwest region, a local journalist who was present said. The journalist, Kum Leonard, added that he had heard gunfire from the jail throughout the late afternoon.

Cameroon’s state television channel CRTV reported that the inmates in Yaounde were protesting at conditions in the prison and had burned down the library and a workshop for female inmates.

The report said several prisoners had been injured and that the army and police were working to restore calm.

Cameroon’s main opposition party, the Cameroon Renaissance Movement, said on Tuesday it was worried it did not have any news about its members held in the prison, including its first vice president, who is being held in connection with a protest distinct from the separatist campaign.

Amnesty International called for an investigation into reports that security forces fired live ammunition in the prison and said authorities should address overcrowding.

English speakers regularly complain about marginalisation by Francophone-dominated institutions. Cameroon’s linguistic divide harks back to the end of World War One, when the League of Nations divided the former German colony between France and Britain.